Featured on the FSC® stand

Our White Teak shutters are made from timber sourced from FSC®  plantations, making it one of our most eco-friendly ranges.
“FSC®  is an independent, non-profit organisation that protects forests for future generations. We are an open, membership-led organisation that sets standards under which forests and companies are certified. Our membership consists of three equally weighted chambers — environmental, economic, and social — to ensure the balance and the highest level of integrity.” (FSC®  website) 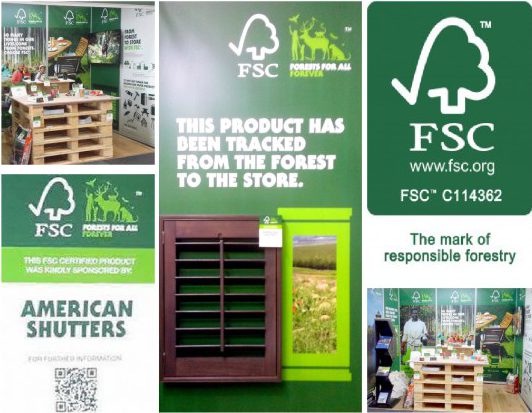 Duncan is up for a challenge

Create face value for your home

A home’s entrance is so much more than just the front door.
Read More